A Bit About Cake Whisperer

Life is filled with things worth doing. At Cake Whisperer, we believe that celebrating life’s special moments is very worthwhile and marking the occasion with a custom made cake or other yummy treats, makes all of the difference. We are a West Australian owned and operated business based in Ellenbrook and servicing customers in and around our local area.

We have many years of experience baking and decorating custom designed special occasion cakes. We know what to do and how to do it in order to create a remarkable cake for your special occasion – whatever that may be.

We put our heart and soul into every creation because we want you and your guests to be delighted with the result.

OUR TEAM OF EXPERTS 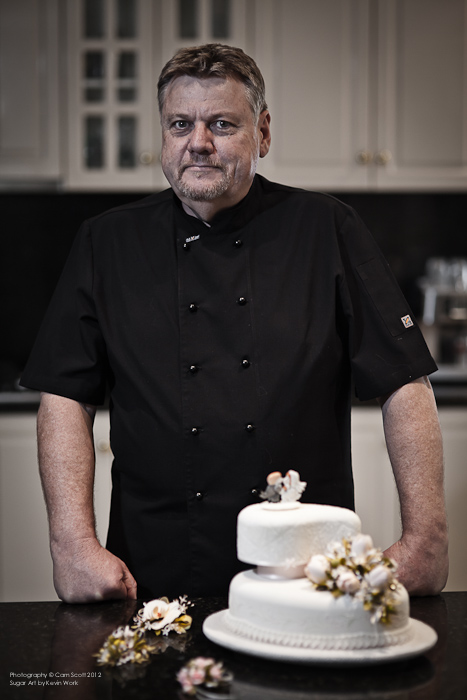 Kevin is a full-time Pastry Chef and is passionate about all forms of Sugarcraft and Patisserie. He formed Cake Whisperer in 2015 in order to pursue this passion by creating hand-crafted special occasion cakes, cookies and slices for discerning clients in and around his home community of Ellenbrook, Western Australia.

Originally from Adelaide, Kevin has lived in Darwin for two years, Perth for four, Melbourne for eight and is now back in WA. Whilst in Adelaide and in addition to his normal job, he worked at a local TAFE college for ten years teaching a structured 3 year cake decorating course to hundreds of students. He also operated a similar part-time business (Kevin’s Kitchen) retailing selected cake decorating requisites and producing special occasion cakes to order.

Kevin has had good success in competitive sugarcraft, receiving three second and 13 first prizes for 16 entries in various sections of State and National competitions. In addition he has also been awarded “The most outstanding cake/exhibit in the show” on two occasions. His work has been published in the British Sugarcraft Guild magazine, the Wilton Celebrate series books in the USA and the Australian Sugarcraft magazine.